Home » What Is the USMLE Exam?
Uncategorized

What Is the USMLE Exam?

We believe everybody should be able to make online purchases with confidence. And while our website doesn’t feature every test prep company or review course in the universe, we’re proud that the advice we offer and the information we provide is accurate, truthful, objective - and entirely free.

So how do we actually make money? It’s simple, our partners compensate us. While this may influence which products we review and write about, and where they show up on the site, it absolutely does not influence our recommendations or guidance, which are formed by hundreds of hours of research and analysis. Check out our partners here.

What’s the bottom line? We’re on your team and are passionate about helping you achieve your career goals, even if it means we don’t make a dime.
SaveSavedRemoved 0 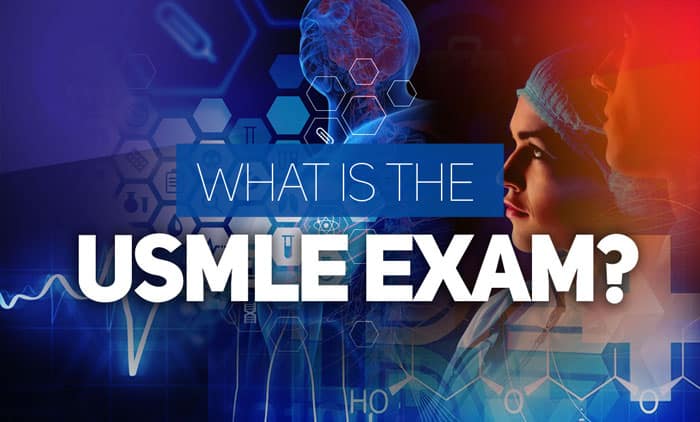 What is the USMLE exam? The United States Medical Licensing Examination is a three-part exam for people intending to work as doctors or physicians in the United States.

Passing this exam is one of the primary qualifications for getting a residency and proceeding through a doctor’s career path. Here’s what you should know about the exam.

Who Runs the USMLE?

Several groups and agencies run the USMLE. The test is jointly owned by two non-profit organizations, the Federation of State Medical Boards and the National Board of Medical Examiners. The USMLE also accepts some governing from the public.

Many of the people who provide test content are volunteers, and the material goes through extensive checking before appearing on the exam.

The primary goal of this structure is to ensure that the test’s content reflects physicians’ knowledge from around the country.

The administrative board sets the pass/fail standards for the test, which may change slightly from year to year based on the overall challenge of the test.

What Are Passing Scores?

Currently, the test consists of three phases, each with scores out of 300.

USMLE Step 1 passing scores are about 194 and up.

USMLE Step 2 passing scores are about 209 and up.

USMLE Step 3 passing scores are about 198 and up.

There are two other things to know about the passing scores.

First, Step 1 is changing to a pass/fail system in 2022. This means the exact passing score is no longer relevant and will not be reported to other organizations. The intent of this change is to focus less on test numbers and more on the holistic aspects of applicants.

Second, most people pass this test. Unlike industries such as accounting, where about 50% of people pass the CPA exam, the USMLE is written to be something students are generally capable of passing.

Anyone who’s bad at studying likely won’t make it to the test to start with, so the USMLE isn’t something to “weed out” people who aren’t ready.

Passing rates vary slightly by step but usually hover around 97% for students in US and Canadian schools. This drops to the mid-80s for students from other areas. It takes study and hard work to pass this exam, but most medical students can easily do so.

You can get the USMLE Step 1 syllabus from your school to help prepare for the test.

What Does the Test Cover?

Each of the three sections of the test cover different areas.

This part of the exam focuses on fundamental principles and concepts in medicine, especially those that apply to overall health, disease concepts, and treatment methods.

The focus of this exam is ensuring that applicants have the correct knowledge for safely applying medicine and understanding higher-level concepts.

Most people take this exam around the end of their second year in medical school. Passing is often a requirement for proceeding into the next two years of medical school.

Step 2 of the exam (also known as Step 2 CK) is a one-day multiple-choice exam. It’s slightly longer than Step 1, taking nine hours total with eight one-hour test sections and a single one-hour break. The format is otherwise similar to Step 1, but the test won’t have more than 318 questions total and no more than 40 questions in each section.

The second part of the USMLE focuses on applying medical knowledge and skills, especially in the areas of health promotion, disease prevention, and providing patient care. It has a much greater focus on clinical expertise and applying one’s study with or without additional supervision.

This exam used to have two parts, Clinical Knowledge (written exam) and Clinical Skills (practical work). However, the USMLE discontinued the CS section in 2020, so it is no longer something medical students should worry about.

Most people take Step 2 near the end of their third year in medical school or near the beginning of their fourth year. Passing Step 2 is usually a requirement for graduating from medical school within the United States.

Step 3 of the USMLE is also a multiple-choice exam, but it’s a two-day exam rather than a one-day test.

The second day is about nine hours, with 180 questions across six sections of 30 questions each. This section only allows 45 minutes for each block of questions. After the main exam, there’s a series of 13 case simulations, taking ten to 20 minutes each.

The second section focuses mainly on applying comprehensive knowledge, including diagnosing issues, medical decision-making, understanding of physical examinations, and the use of studies.

The overall focus of Step 3 is ensuring that applicants have the right skills for providing care to patients in different ambulatory settings without direct supervision.

Functioning independently is a vital skill in the medical profession, so this part of the exam tests both the ability to acquire and the ability to use information.

Most people take Step 3 after graduating from medical school but before getting into a residency program. After graduating, it can take several weeks to verify your information, and you should not apply before graduating.

What Is the USMLE Exam?: Frequently Asked Questions

What is the USMLE Exam? More importantly, what do you do in special cases? Here are some of the most common questions that people have about this test.

Does It Cost Anything?

Yes, there is a fee for taking each part of the USMLE. Costs can be found on the websites for test administrators but are currently around $645 for Step 1 and Step 2 and $895 for Step 3.

This equals a total cost of about $2185 for students in the US or Canada. International students typically pay more, especially if they have to travel to take the test.

What Happens if I Fail?

The USMLE exam allows four attempts for each step in the exam. Most people pass the exam the first time they take it, and those who try it again can usually pass at that point. Hitting the limit of the exam is quite rare, but it does happen.

If you fail any exam step four times, you are no longer allowed to apply for the exam.

Functionally, this means that you cannot become a physician in the United States through any regular route. This limit is in place because people who cannot pass the exam within four attempts will probably never pass, so there’s no point in allowing more attempts.

You cannot take any step of the USMLE more than three times in a single 12-month period. This means the fourth attempt, if necessary, must be at least 12 months after your first attempt, and it has the additional requirement of being at least six months after your third attempt.

What if I Have a Disability?

The USMLE complies with the Americans with Disabilities Act (ADA) for ensuring access to rest accommodations.

The exact guidelines are available on their website, and possible accommodations include (but are not limited to) help with keyboards, audio rendition, test time limits, and break time extensions.

You must submit requests for accommodations at the same time you apply for the test.

Can I Take the Tests Out of Order?

Most people take each step of the exam in order. However, LCME-accredited schools allow you to take Step 2 before Step 1 if you want to. Either way, you must always pass the first two steps before you can take Step 3.

How Long Do I Have to Complete the USMLE?

Most licensing boards require that you complete the entire exam within seven years, starting from when you pass Step 1. The fastest people often finish in about two and a half years after completing Step 1, and most applicants will finish within three and a half years.

Extensions are available for some applicants. This is most relevant for anyone seeking a combined degree, such as an MD/Ph.D., which usually involves more postgraduate education.

States vary in their willingness to accept this, so you should check with your local boards before trying to go this route.

What is the USMLE Exam? It’s not the only exam for becoming a physician, but it’s a mandatory step for getting your license. As long as you study hard, you should be able to pass the test.